I love to experiment with food as is clear from my other blogs. A couple of weeks ago this turned to beer. Here’s how it unfolded. I’ll also apologize in advance here. Brewers are going to know what I am on about here. The rest of the world not so much.

A month previously I was making a stout, and it stalled out at 1.024. If you’re a brewer you know that this is not good news. Your yeast stopped doing its thing, well before all the sugars were fermented. Once that happens there is not a lot you can do about it. But I did. I pitched some sourdough starter in it thinking ‘what have I got to lose?’ It turns out plenty. The sourdough did a great job of fermenting the brew right down to 1.003 which means a that just about all of that sugar got fermented. However on the way, it also changed it to vinegar. Perhaps someone could be generous and say that I now have a sour stout. But really. Don’t think so. As beer vinegar its good – all 6L of it.

But I wanted to explore further what the effect of sourdough would be on fermentation if I used it uniquely. I had no idea what it will turn out like once its been in the bottle for 6 weeks.

I decided I would make a brew and split it in half to pitch the yeast. One would get SD and the other would get sourdough. As for the grains, truth be told I was at the end of my supply and needed to use stuff up. That is why the quantities are a little strange

Here is the recipe that came about:

This is for a 6 litre batch

My process was pretty simple BIAB: 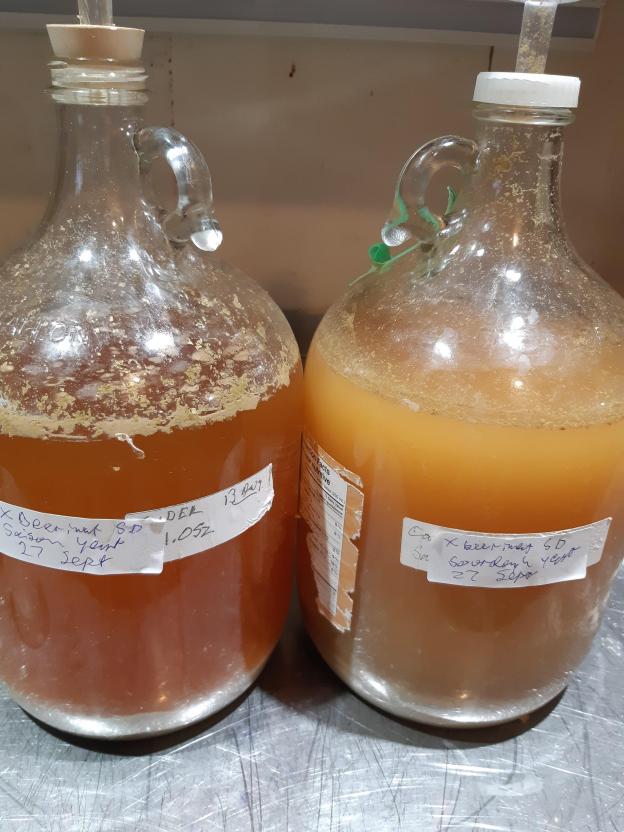 Usually I use the same 11 L container I measure and pour the initial water from as my fermentation vessel. This time, I used 2 gallon cider jugs. The SD refresh was pitched in one and the Belle Saison in the other.

Here are my observations at bottling:

Apologies for the blurry pic but you can see they both dried out nicely. 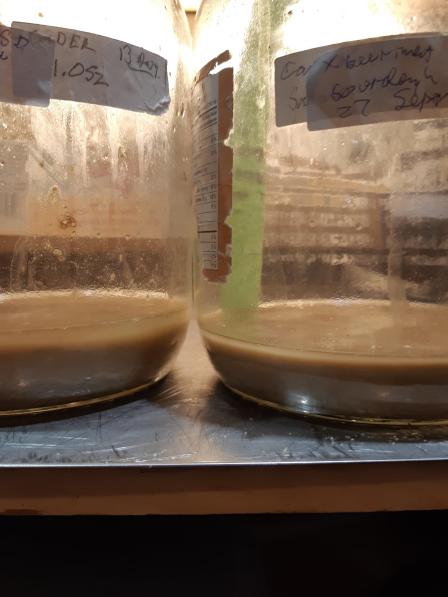 As you can see there’s a lot more trub in the Saison brew.

Some interim conclusions and next steps

I will finish this blog in 6 weeks when I taste the final product!

2 thoughts on “Xbeeriment with sourdough yeast”